Best of All Hemingway Loved the Fall

It is only fitting that Sun Valley would host an Ernest Hemingway Festival in the fall. It is, after all, the season Papa is most strongly associated with around here.

“Best of all he loved the fall. The leaves yellow on the cottonwoods, leaves floating on the trout streams, and above the hills the high blue windless skies …Now he will be a part of them forever.”

Hemingway wrote these famous lines about a local friend and hunting buddy who had passed. They can be found on the Hemingway Memorial along Trail Creek, just a mile and half down the road from the Sun Valley Lodge. The monument was originally dedicated in 1966 and has been visited by countless fans of the great author ever since then. 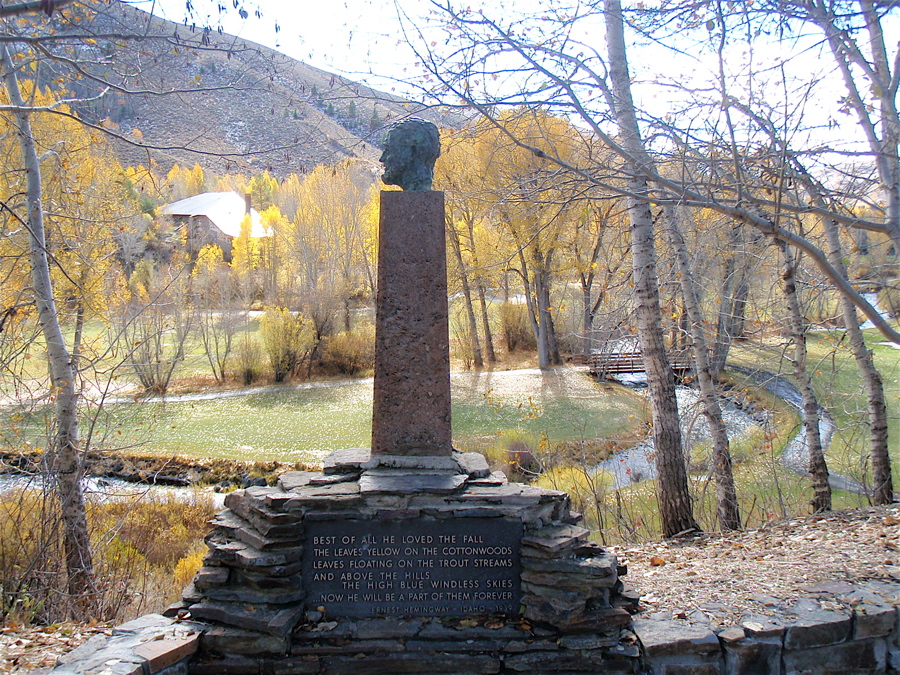 Many more people will make the trek to Ketchum and the monumentthis weekend for the Hemingway Festival. Now in its 11th year, the event formerly known as the “Hemingway Symposium” has changed its name and a bit of its format.

The Community Library and Boise State University still spearhead the festival, which is no longer free but includes receptions, refreshments, some meals, and sessions that tour Hemingway’s old local haunts like his home overlooking the Big Wood River.

“We’ve worked at trying to make it more fun,” said Anna Svidgal, the administration and events manager at The Community Library. This year’s festival theme is “Hemingway at the Edges,” and will explore the many ways in which Hemingway pushed boundaries through the places he visited, his uniquely crafted writing style, the political realms and conflict zones he investigated.

Anna was one of the library’s lucky staffers who went to Cuba last year to partake in Hemingway events in his old Caribbean haunts and she came back inspired.

“Half the people who come here will come from out of town. Hemingway has fans all over the country and the world,” said Anna, who grew up in Russia reading the famous American author.

She said about half of the attendants will be returning guests and that the event sold out for the first time last year and expects to do the same this year.

“Hemingway means so much to the heritage of the valley,” Anna said, explaining that that a big appeal of the festival is for folks to explore Papa’s beloved Idaho hideaway. “This is not only about Hemingway, but about the culture and community of Sun Valley. We try to give them the whole experience.” 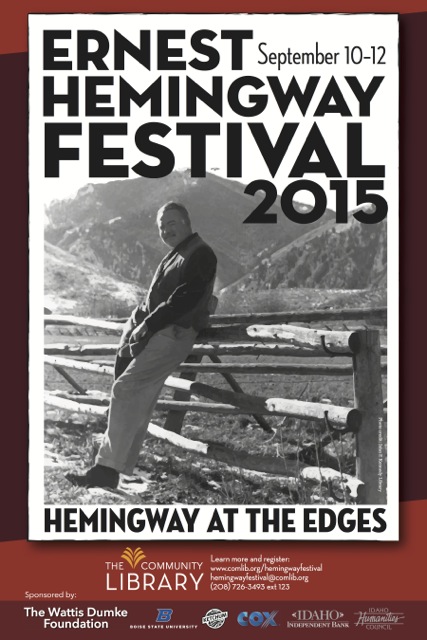 To make the most out of the Hemingway experience in Sun Valley, don’t miss the annual festival. If you can’t make it, or just want to add on to it during the glorious autumn in the mountains of Idaho, here are a few Hemingway-inspired ideas.

-Rent out the Ernest Hemingway’s Suite at the Sun Valley Lodge. Papa famously penned, “For Whom the Bell Tolls,” in the recently remodeled lodge. Back in 1939, Hemingway had been invited to stay at the then new Sun Valley Lodge and enjoy Idaho’s great fall hunting by the resort’s publicist, Gene Van Guilder, the very man for whom Hemingway would write those famous words about the fall.

-Grab a cocktail at the Duchin Lounge in the Sun Valley Lodge or the Michel’s Christiania aka “the Christie” on Sun Valley Road in Ketchum. While the Duchin Room has been updated and remodeled and no longer lives up to its old “Wrinkle Room” nickname, the Christie hasn’t changed much since Papa used to belly up to the bar or grab a favorite table in the back.
While some folks have complained that the Duchin Lounge no longer looks lost in time, it’s still the same place where Hemingway once came in with a then famous writer from New York. The writer had little patience for servers and at one point gave their server, longtime Sun Valley-local and World War II pilot, the late Colonel Denny Pace, a verbal lashing. Papa Hemingway responded by telling the no longer well-known writer that Denny was a veteran and his friend and if the other writer ever spoke to Denny that way again, Hemingway was through with him.
“Hemingway really appreciated all the veterans who worked there and he treated us all with respect,” Denny said years ago.

-Visit Hemingway’s grave at the Ketchum Cemetery. Open to the public, Hemingway’s simple resting place is surrounded by other former Sun Valley locals of all kinds. Coins and bottles are often left as mementos. Please be respectful when visiting the cemetery.

-Check out Silver Creek Preserve. Located at the base of the Picabo Hills, a half hour ride south from Sun Valley, Silver Creek Preserve is a world famous fly fishery and bird watching haunt. Hemingway loved to bird hunt around its crystal clear waters. The Nature Conservancy has preserved much of the upper creek and there’s even a small visitor’s center and a Hemingway Monument along its banks as well. 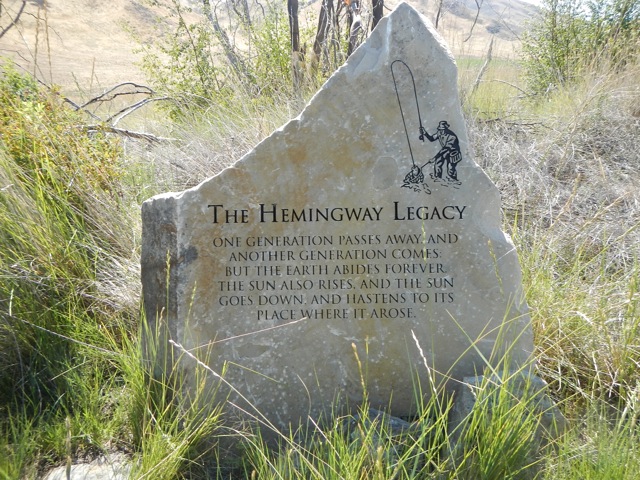