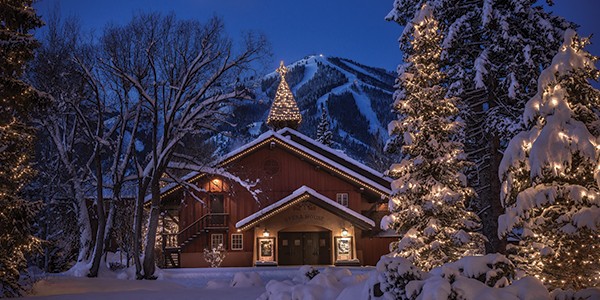 Join us at the Sun Valley Opera House for three great nights of stand-up comedy. Each night will feature a different world-class entertainer. The Comedy Series is rated PG-15 and may contain language and content not suitable for young children.

Jan. 21: James P Connolly - James P. Connolly is a stand-up comedian and radio/TV host known for his playful, confident style and unique sense of humor. In addition to having appeared on Comedy Central and HBO, James hosted VH1’s “Movie Obsessions” and more recently “Live From Here” on XM Radio for National Lampoon. He is recognized across the country as one of the most played comedians on Sirius XM Comedy Channels and is a frequent guest on the nationally syndicated Bob and Tom Radio Show.

February 18: Brandon Vestal – Brandon was named “Best of the West” at the Detroit Comedy Festival and won the first annual Hollywood Comedy Festival. He has been described as a great storyteller with insightful material. His deeply personal and honest style has made him a fast favorite on the college and comedy clubs circuit.

March 11: Key Lewis - Sacramento California born Key Lewis is a high-energy, improvisational, storytelling, multiple-personality nutcase! His stories about an interracial childhood & family, and his unusual views on relationships, make Key fun to watch. Key has worked with and shared the stage with legendary comics like Gabriel Iglesias, Katt Williams, Paul Mooney, and more.

Stay up-to-date with our latest news, events, and special offers.