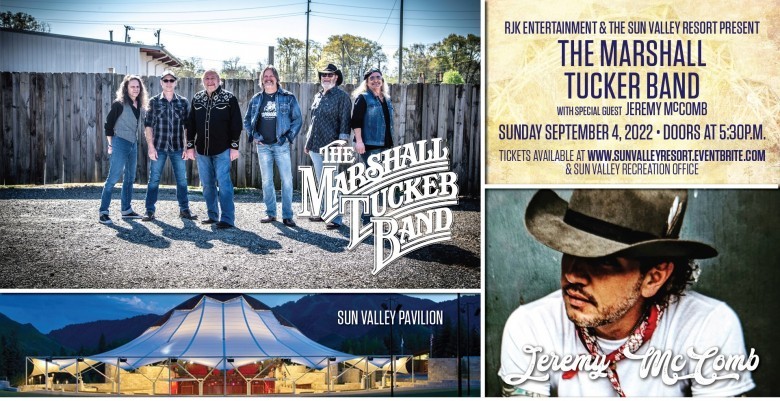 The Marshall Tucker Band came together as a young, hungry, and quite driven six-piece outfit in Spartanburg, South Carolina in 1972, having duly baptized themselves with the name of a blind piano tuner after they found it inscribed on a key to their original rehearsal space — and they’ve been in tune with tearing it up on live stages both big and small all across the globe ever since. Plus, the band’s mighty music catalog featuring hit songs Can’t You See, Heard it in a Love song, and Fire on the Mountain. Doug Gray sees no end to the road that lies ahead for The Marshall Tucker Band, whose legacy is being carried forward by the man himself and his current bandmates, drummer B.B. Borden (Mother’s Finest, The Outlaws), bassist/vocalist Ryan Ware, keyboardist/saxophonist/flautist/vocalist Marcus James Henderson, guitarist/vocalist Chris Hicks, and guitarist/ vocalist Rick Willis.

A country-rock storyteller epitomizing “been there and done that,” McComb has explored nearly every facet of the entertainment industry, all on his own terms. From radio programming to tour managing Larry the Cable Guy, releasing four albums, and hitting the Billboard charts, he’s written songs for projects selling over 6 Million copies … including a Grammy-nominated soundtrack (Blue Collar Comedy Tour – One for the Road).

McComb spends over 200 days a year on tour, just as happy in a honky tonk as an amphitheater and backed by a band of spirit-brothers. Wrapping each song in context and electrifying frontier-rock energy, his nightly connection with fans develops faster than a Polaroid, and he calls life on the road his first love.